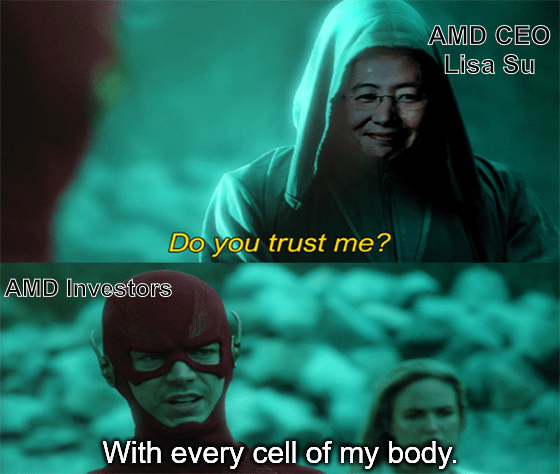 AMD: In Su We Trust

You ever see a company miss on earnings, miss on revenue, cut margins and miss on guidance and still get a rally in the stock market?

Impossible. There’s no way that happens.

Let’s look at those dirty numbers:

Taken completely out of context, those numbers are just awful. And yet AMD stock jumped more than 6% on the open before moderating those gains throughout the day.

What?! Why? Make it make sense!

Will do, Great Ones. The “make sense” thing, of course.

So part of the reason that AMD is rallying on such a poor quarterly report is because the company already warned that its Q3 report would miss expectations back in August. I mean, AMD stock didn’t fall 41% from its August peak for nothing.

You see, even though AMD’s revenue missed expectations, revenue still grew 29% despite major economic headwinds. Additionally, AMD’s earnings miss was largely due to its $49 billion acquisition of Xilinx.

And the pièce de résistance: AMD’s Data Center revenue soared 45% to $1.61 billion … which led to this master class in throwing shade from CEO Lisa Su:

As we go into 2023, we expect growth in that market, particularly customers moving more workloads to AMD, just given the strength of our product portfolio and overall general coming forward.

Did you catch that? Let me break it down…

Su basically agreed with Intel that the data center, or cloud, market is in a tough state. There’s very little demand for new cloud servers or hardware, with most cloud companies focusing on minor upgrades here or there as the capital becomes available.

However, Su then goes on to explain that despite this slowdown, AMD is doing just fine: It’s capturing most of the demand that’s trickling in because AMD’s chips and pricing are better.

Intel, but I’m pretty sure you already knew that.

Basically, here’s the exchange I imagined in my head: 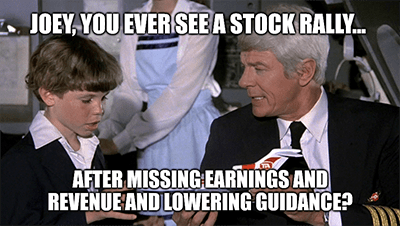 Corporate speak can be pretty annoying, but, in cases like this, I find it fascinating how many CEOs are able to say “Screw you!” without actually saying “Screw you!”

In short, AMD remains the best semiconductor investment on the market today. The company is amazingly run, sets expectations clearly and accurately and has massive growth potential … especially in serving customers let down by an overly complacent Intel.

Oh, and there’s no funny business in sales related to crypto-farming — I’m looking at you, Nvidia.

The bottom line is that AMD remains a perennial “buy” in the Great Stuff Picks portfolio. This company is just too good at what it does to not own AMD shares.

Around these here parts, we call Mike “The Professor.” Why? Because he teaches options trading and strategies to Wall Street.

Read that again: He teaches options to Wall Street!

Wall Street types — and other aspiring traders around the world — fly to him to learn how to trade the way he does. And they pay big bucks to do so…

But why do people fly from all over the world just to learn from Mike?

Because Mike isn’t your average options instructor — he’s one of the best options traders in the world.

It normally costs thousands of dollars to learn from Mike. But not for you, Great Ones.

You can sign up for Mike’s Options Master Class online for a tiny fraction of the cost of his in-person class … you know, the one that has people flying in from all over the world? The one that Wall Street traders pay big bucks for? The one options trading class that’s ignited successful trading paths for countless investors?

Sign up now for Options Master Class for a steal…

The Good: A Match Made In… 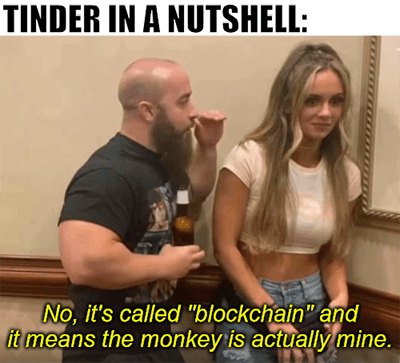 Go on: Name a better match-up than an earnings loss and a mega stock rally? Hey, if it worked for AMD, it’ll work for … wait, Match Group (Nasdaq: MTCH)?!

The matchmaking app-making master just reported, well, what I just said: a “dirty” report by the numbers that still amped up investors.

Earnings for the Tinder/Hinge parent came in at $0.44 per share, missing the consensus estimate of $0.50 per share. Revenue, on the other hand, rose a whole 1% — hey, big spender! — and reached $810 million. It barely topped estimates for $793 million, but a beat is still a beat.

Normally, we wouldn’t even be mentioning an open-and-shut earnings report, if not for what happened after the earnings dropped: The company also announced that it will initiate cost-cutting maneuvers … “especially in headcount-related expenses and marketing.”

And this is a good thing?

Well, no, but also … yes? I mean, it does free up some cash flow, which is why MTCH investors cheered the move. Either way: MTCH stock shot up 18% on the news, like a Match igniting Tinder.

At a time when everyone’s just handing out excuses for their earnings misses … Match is at least offering up a solution at the same time. It’s just unfortunate that solution means … you know … fewer jobs.

But since you’re a Great One, you probably already knew about the “fewer jobs” thing coming.

Meanwhile, Match’s other cost cuts — lower spending on advertising — shouldn’t be a surprise to any of y’all either. We’ve long heard from Meta, Google and the like reporting ad revenue destruction … and here’s the other side of that coin. 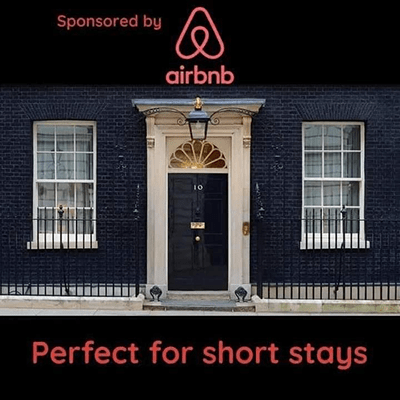 I don’t know about you, but today’s earnings reactions have been quite positive … too positive, even.

For all the optimism it packed into its double-beat report, Airbnb couldn’t save itself from the uncertainty concerning travel demand.

Revenue was up 29%, or 36% adjusted for currency (and yes, we’re doing that currency-adjusting thing again). Total revenue of $2.9 billion beat both Wall Street’s estimates and Airbnb’s own expectations. Heck, earnings even came in at a profit of $1.79 per share, topping estimates for $1.47 per share.

Guidance, though … that’s a whole other story.

Airbnb only expects to bring in between $1.8 billion and $1.88 billion in revenue this quarter “consistent with historical seasonality.” Well, Wall Street wasn’t feeling the seasonal mood this time ‘round, sending ABNB stock down 10% after the disappointing outlook.

Ain’t nothin’ gonna break Airbnb’s stride though. The company still put out a note saying: “Regardless of continued macro uncertainties, we believe we’re well-positioned for the road ahead.”

Wall Street pressed X to doubt, and so the stock sell-off went on.

The Ugly: Who’s The Maverick Now? 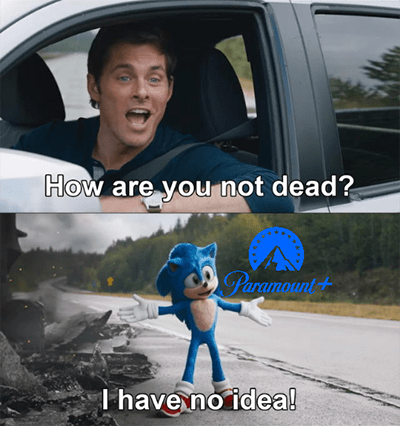 Lately I’m getting the feeling that I came in at the end … the best is over. — Paramount investors, probably.

Wanna see what happens when you’re the last streaming service to the party? For Paramount Global (Nasdaq: PARA), it looks a bit like this:

Paramount’s broadcast TV network revenue is down (again), so that’s right out of the picture. Advertising revenue there is down 3%, so it’s not just online ad budgets that are drying up.

Nickelodeon and MTV aren’t going to save Paramount in the dying TV space … and I hate to say the same is true for its half-hearted streaming efforts. The company reported that Paramount+ added 4.6 million subs during the quarter … but it also lost 1.9 million subs.

Paramount execs are still blaming cord-cutting for most of its setbacks, because of course they would. Fewer people are tuning in to TV, and that includes Paramount’s cable channels … but Paramount+ isn’t gathering as many cord-cutters as it would’ve if it wasn’t too dang late to the game.

Everyone else who already jumped into the streaming market struggled with cord-cutting, dealt with it and had the effects cushioned by the pandemic.

Paramount is so late to the game that it can’t use the pandemic as cover and won’t see the same pandemic-related subscriber boom. Paramount is still playing the game of: “Oooh, maybe if we hold off on adding Top Gun: Maverick to Paramount+ … that’ll preserve our theater revenue!”

C’mon now. That’s a lesson that all the other streaming services have already learned.

Top Gun: Maverick came out in May. May. You can take your time putting Top Gun up on Paramount+ online … but the movie is kinda already … online, if you catch my drift.

So Paramount seems to be handicapping its streaming service to boost TV and theater-viewing revenue … but things aren’t looking too hot on the TV revenue side either, given the company’s report.

Why am I getting AT&T flashbacks…

Because … we’ve seen this all before. The folks at Paramount haven’t, apparently.

What do you think, Great Ones?

Share your side of the conversation in our inbox. And if you ever have a stock or investing idea you’d like to see Great Stuff cover, let us know at: GreatStuffToday@BanyanHill.com.